A San Jose Child Molestation Defense Attorney can tell you that out of all sex related charges, the sex crime of child molestation is one of the most serious. Because children are involved, The Santa Clara County District Attorney aggressively prosecutes these cases. Also, the possible sentences for this crime are serious. If convicted, someone can get multiple life sentences. These crimes can carry sentences heavier than most murder convictions.

You can also face the possible loss of custody of your child, as well as housing and employment problems.
And it does not stop there, if convicted, you must register as a sex offender. Some sex offenders must register for the rest of their lives.

Often the accused in a child molestation case is a family member, parent or close adult friend of the family who sees the child on a regular basis. The age of the child, the type of offense, and the number of occurrences may affect the charges involved.

A good San Jose Child Molestation Defense Lawyer is also aware that there are many instances of false accusations pertaining to child molestation charges. An angry spouse or emotionally troubled minor can make these types of allegations, for instance. In fact, some statistics show that many molestation accusations are false; however, this crime has one of the highest conviction rates of any felony charge.

Also, certain professionals, mandated reporters, are obligated to report incidences where they suspect child molestation. These include people like school teachers, clergy, social workers and doctors. Sometimes the child may speak up and allege abuse, or other times a child may exhibit symptoms that catch a professional’s attention, such as bruises, emotional outbursts or a change in personality. In this instance, while an accusation may be well intentioned, it can be horribly misguided and incorrect.

Child molestation trials are notoriously challenging for the defense because there is a strong emotional bias in these cases. There is a tendency for a judge and jury to believe a child over an adult’s testimony. However, it should be pointed out by the defense that children can be highly manipulated by family as well as the prosecution. To add to the challenge, it is possible to be convicted on the testimony of the child alone, with no corroborating evidence. Therefore, it is so important to secure aggressive defense counsel as soon as possible.

Get the Right Lawyer:

You should lawyer up with a dedicated attorney, someone who works hard to defend your rights.

Do not wait. Call (408) 478-4444 for a free no obligation consultation or complete the contact form and drop Javier a line. 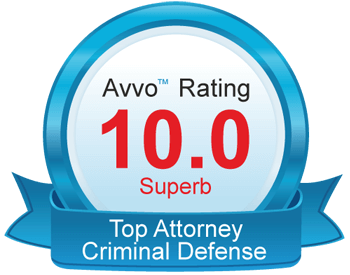